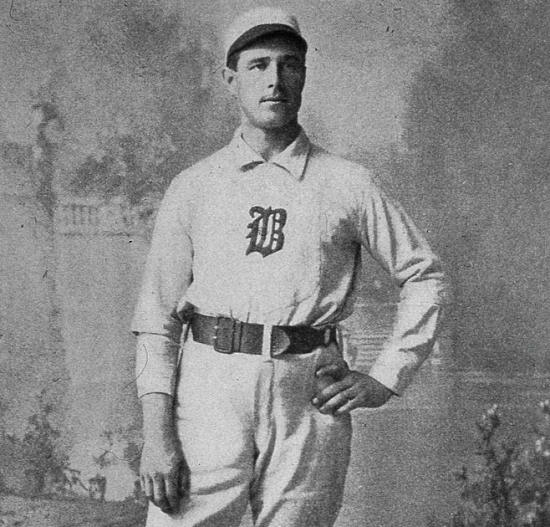 Jimmy Collins did a lot of things beautifully on the baseball diamond that may not be considered sexy but it they went noticed and he generated a Hall of Fame career out of it, which included five seasons with the Boston Beaneaters.

After debuting for Boston in 1895 he was loaned to Louisville only to return prior to the 1896 Season.  Collins would win the starting Third Base job and he was considered to be one of the better defensive players at that position, which he showed by leading the NL in Defensive bWAR in 1899 and was in the top five as a Boston Beaneater three other times.  He was also very capable with his bat as he was expert bunter and led the NL in Home Runs (albeit with only 15) in 1898.  That year he was seventh in Batting Average and second in Slugging Percentage.  His overall numbers with the team would see him generate 821 Hits with a .309 Batting Average.  His run with the Beaneaters ended when he jumped to the Boston Americans of the American League in 1901.

Collins would enter the Baseball Hall of Fame in 1945 when he was chosen by the Old Timers Committee.