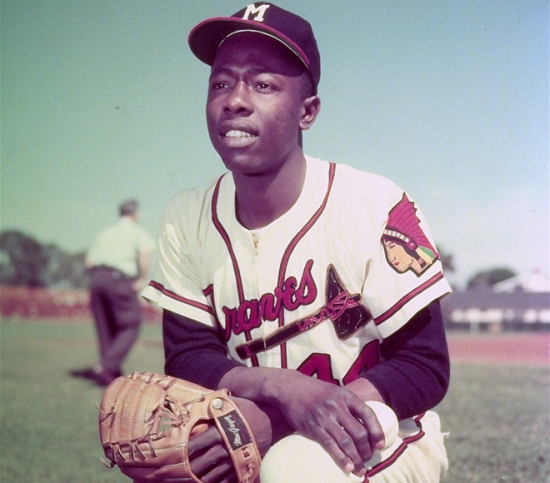 We need to bring this up as much as we can…

Regardless of the era Hank Aaron is one of the greatest baseball players that ever existed.

Being an overall class act.

Aaron was named to the All Star every season from 1955 to 1974 and with the exception of his rookie campaign he was always an All Star while playing for the Braves.  Aaron was named the MVP in the 1957 campaign while finishing third for the award six times.  Aaron also was a decent defensive player who would win the Gold Glove three times and he had underappreciated speed on the basepaths as shown by his six seasons with 20 or more Stolen Bases.

The Atlanta Braves would retire his number 44 in 1977 and he would enter the Baseball Hall of Fame in 1982.  Fittingly to commemorate the 25th anniversary of Aaron surpassing Babe Ruth in career Home Runs, Major League Baseball created the Hank Aaron Award to honor the best offensive player in each league.

More in this category: 2. Warren Spahn »