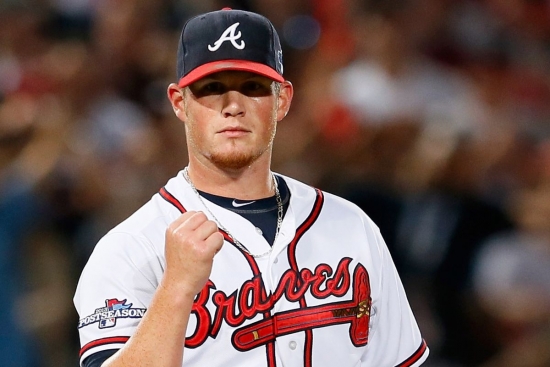 In 2010, Craig Kimbrel made it to the Atlanta Braves roster, two years after he was drafted.  He only appeared in 21 Games, but he proved instantly that he belonged on the game’s elite level, only allowing two runs in 20.2 Innings.

Kimbrel was anointed as the Braves’ closer the following season, and in the next four years he was the best reliever in the game.  In each season from 2011-14, Kimbrel was the National League leader in Saves, and he would win accolades in all of those seasons, including the 2011 Rookie of the Year.  Kimbrel was in the top ten in Cy Young voting in all of those years, and The Sporting News named him their Pitcher of the Year in both 2013 and 2014.

Kimbrel left Atlanta when he was surprisingly traded to the San Diego Padres after the 2014 season.

In Kimbrel’s five years in Atlanta, he compiled spectacular numbers of 186 Saves, a 1.43 ERA, and a WHIP of 0.903.  As of this writing, Kimbrel is the all-time franchise leader in Saves.