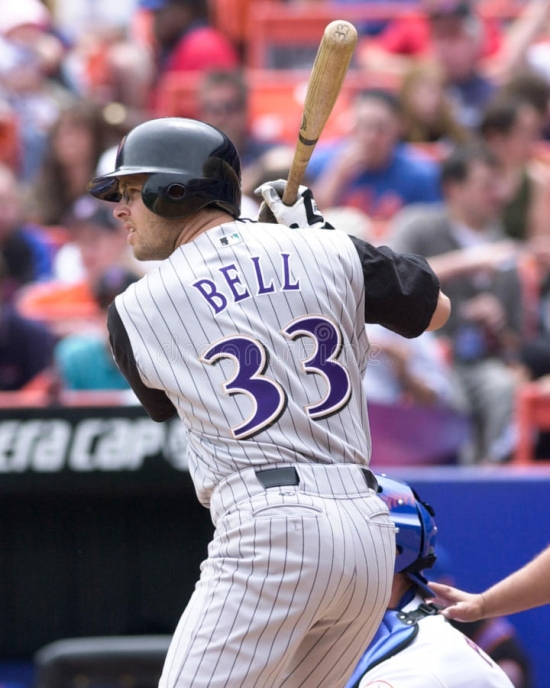 In Arizona, Bell wasn’t the same defensive presence that he was in years previous but he still had decent offensive skills.  Bell’s power numbers skyrocketed with Arizona as in his All Star year he belted 38 Home Runs, a far higher number than the 21 he had two years previous. (Hmmmm…)   Regardless, Bell had 91 Home Runs as a Diamondback, which certainly helped Arizona during his tenure.