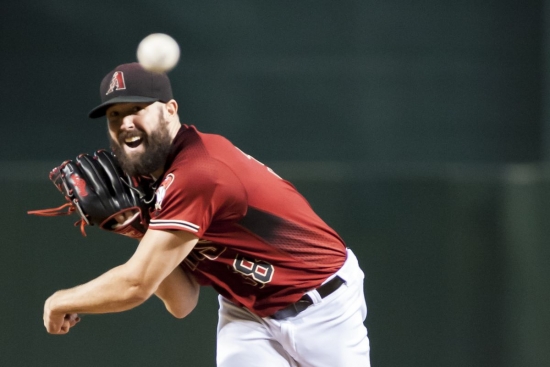 As of this writing, Robbie Ray has completed five seasons as a starter for the Arizona Diamondbacks.  In his first two seasons with the D-Backs Ray would strike out a lot of batters but gave up quite a few runs and had losing records but 2017 was a significantly different story.

Ray’s 2017 season would see him go to his first All-Star Game and strike out 218 batters and finish first in the NL in SO/9.  He was also seventh in Cy Young voting.  Although he had an injury-riddled 2018 season, he rebounded in 2019 with 12-8 year and a career-high 235 Strikeouts.  Ray has also been in the top five in Strikeouts in the last three times.  His stint in Arizona ended when he was traded to the Toronto Blue Jays during the 2020 season.