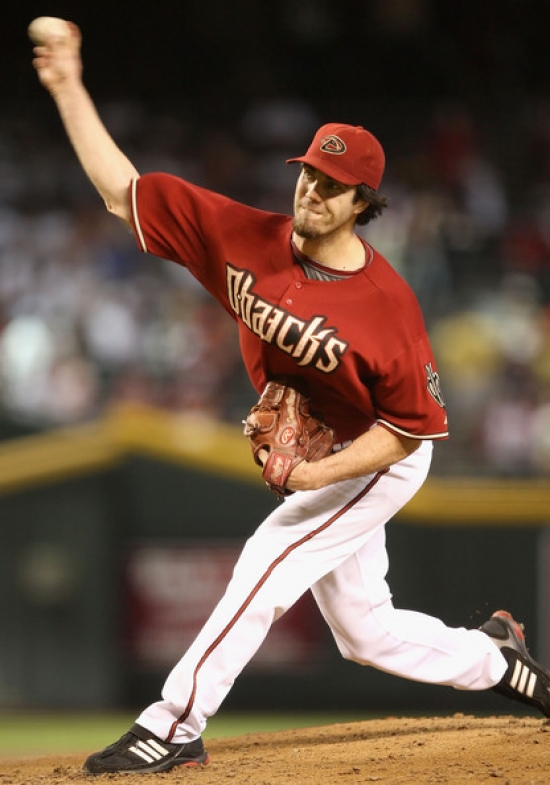 With a wide variety of pitches, Dan Haren used equal parts skill and craftiness to carve out an effective thirteen year career in Major League Baseball, the best of which was spent with the Diamondbacks.

While Haren’s rank may seem high for someone who only played two full seasons and a large chunk of a third, it was what he accomplished in those two full seasons that helped to warrant him such a high rank.  In both of those years, Haren would lead the National League in SO/BB and would finish fourth in bWAR for Pitchers.  He also was the league leader in WHIP in 2009 and was sixth in Strikeouts both years.  His rank is also aided by his high Batting Average (.265) for a Pitcher as a D-Back.