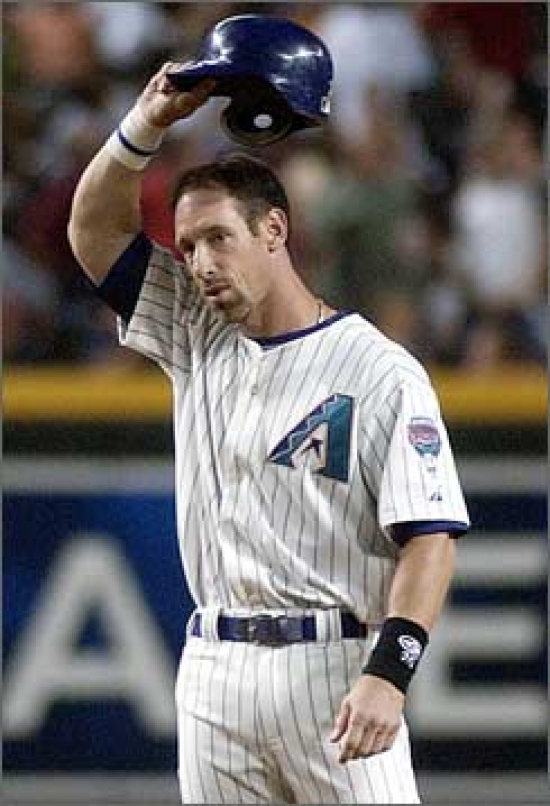 Luis Gonzalez was a good baseball player before he was traded to the Arizona Diamondbacks but it was in the desert where he became an All Star and the team’s premier offensive threat.

2001 was without a doubt the best season of his career.  “Gonzo” would blast 57 Home Runs with a Slash Line of .325/.429/.688 and finished third in MVP voting.  More importantly he would help the Diamondbacks win the World Series in 2001 and would have the Series winning hit.

Luis Gonzalez would represent Arizona five times in the All Star Game and accrued 224 Home Runs over his career with the team.