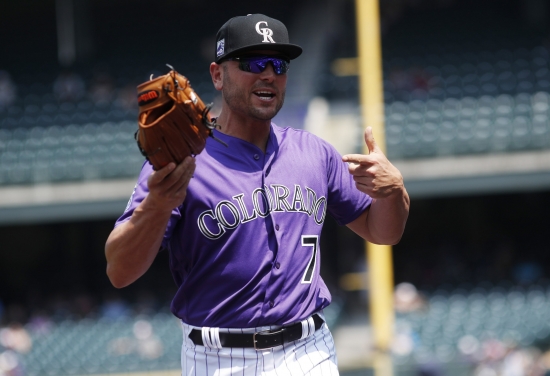 With probably a better Hall of Fame resume than you may realize, Matt Holliday went to seven All-Star Games, was a four-time Silver Slugger, and has over 2,000 Hits and 300 Home Runs.

Holliday's career began in 2004 with the Colorado Rockies, where he had a rookie year, finishing fifth for the Rookie of the Year Award.  Two years later, he was an All-Star and had his first 30 Home Runs year.  The year after, Holliday led the National League in Hits (2016), RBIs (137), Batting Average (.340), and was the runner-up for the National League MVP.  This year was his best season in baseball, though he had a lot of good years left.

After a brief stop in Oakland, Holliday went to Cardinals, where he had his last four All-Stars, and rattled off six 20 Home Run years out of a seven-year run.  Holliday helped the Cardinals win the 2011 World Series, four years after assisting Colorado to reach their first.  That year, the Outfielder won the NLCS MVP, and he was considered for the same in 2011.

Should Matt Holliday be in the Hall of Fame?