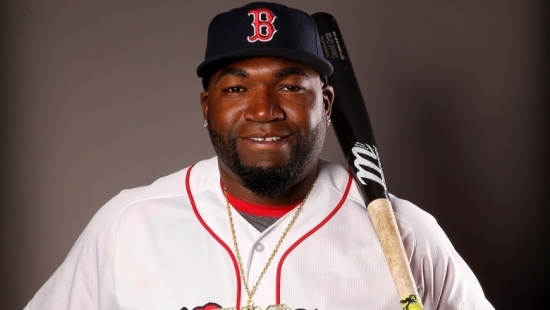 When David Ortiz played for the Minnesota Twins he was never pegged as a potential superstar and he would actually be released in a cost cutting move.  At the request of fellow countryman Pedro Martinez he was signed by the Boston Red Sox in 2003 and Ortiz would see regular time at First Base and Designated Hitter.  Ortiz’ power numbers would blossom and he put up 31 Home Runs and 101 Runs Batted In.   This was good but in 2004, David Ortiz would become a star.

2004 would see Ortiz smack 41 Home Runs with a .301 Batting Average en route to going to his first All Star Game and winning the Silver Slugger.  More importantly Ortiz was on fire in the post season and “Big Papi” proved to be clutch taking the Red Sox to their first World Series win in decades.  Ortiz was not just cemented as the best DH in baseball but also as one of the greatest offensive threats in the game period.

Over the next decade, Ortiz would remain near the top of the game.  He would win the Home Run title in 2006 and smacked 541 in total.  He also showed he could hit for average as he batted over .300 seven times.  The Dominican superstar would be named an All Star ten times, win the Silver Slugger seven times and was the Edgar Martinez Award winner eight times.   While he was showing himself off as one of the top offensive stars in the game, he helped keep Boston in playoff contention and would again take the BoSox to the promised land winning two more World Series titles in 2007 & 2013, the latter of which he was named the World Series MVP.

Ortiz has the career stats for the Hall and it should be noted that he probably could have padded them easily as in his final season (2016) he would lead the AL in Doubles, Runs Batted In, Slugging Percentage and OPS, so who is to say he couldn’t have hit 59 more taters to reach 600?