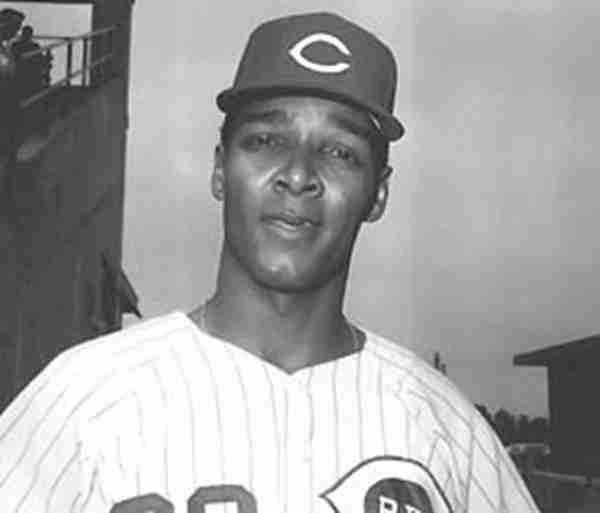 The start of Vada Pinson’s career showed promise of a Hall of Fame career as he was a five tool baseball player.  So just how does a player who had this much promise, still compile over 2,700 hits and yet have what was considered a journeyman career?

The easy answer may be that Vada Pinson had many seasons that were very good, but nothing that could be considered great.  He racked up many hits (four times he compiled over 200 in a season), but wasn’t always considered a clutch hitter as shown when he batted .091 in his lone World Series in 1961.   He had decent speed, but never the led the league in steals.  He could field, but only had one Gold Glove.  He had a great Batting Average, but barely walked giving him a relatively low On Base Percentage.

Pinson was durable and lasted a long time and socked a lot of hits in his career.  He was very good for a long time (far longer than most), but without that one season of being great, the case for Vada Pinson’s Hall of Fame candidacy becomes a tough sell.

Should Vada Pinson be in the Hall of Fame?

Should Vada Pinson be in the Hall of Fame?

0 #1 Reid Creager 2015-08-18 19:50
Vada Pinson had tremendous speed; his time to first base was 3.3, a shade off Mantle's time at his peak. He didn't post huge steals numbers because it wasn't his job. He was a No. 3 guy, not a leadoff guy. And he hit in front of Frank Robinson, so it wasn't wise to risk taking the bat out of his hands. He only won one Gold Glove because he played while Curt Flood and a guy named Mays were automatic Gold Glovers in the NL every year. Last but not least, it's just asinine to say he never had a great year. I would call .343, a league-leadi ng 208 hits and only 68 strikeouts in 660 at-bats not just a great year but a sensational year! I don't think Vada is a Hall of Famer, but it's noteworthy that a lot of people, including FRobinson, Richie Ashburn and many others, feel he deserved induction. His impact on the league and the game is much greater than many will ever know.
Quote
Refresh comments list
RSS feed for comments to this post