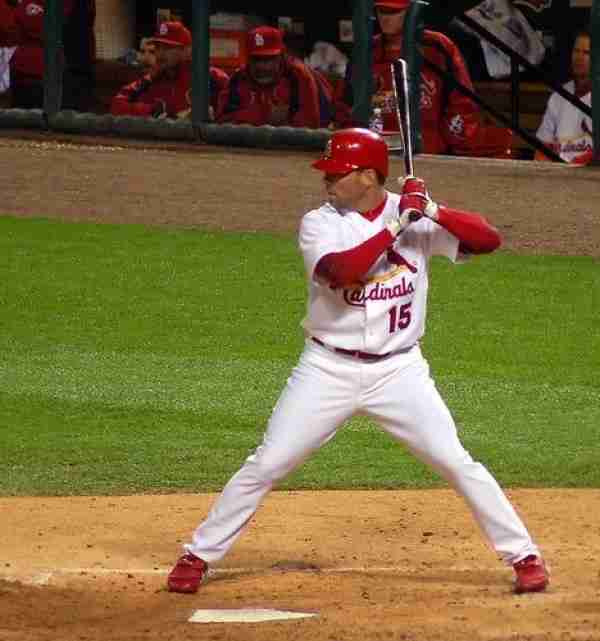 Many who first think of Jim Edmonds and the Hall of Fame may think automatically of what we wrote about Moises Alou and that he is likely a candidate for the “Hall of Very Good”. However the more we really thought about it, the more we like “Jimmy Baseball’s” resume.
Although Edmonds is under 2,000 for career hits and his four All Star appearances are relatively low for a potential Hall of Fame Baseball inductee, he brought a very respectable 393 Home Runs and 1,199 RBIs, and a very good career OPS of .903.   Edmonds was more than a hitter, as eight times he won the Gold Glove and with a very good career WAR of 60.3, Jim Edmonds has a list of accomplishments that might make him a dark horse for the Hall of Fame. We will be watching this one intensely.

Should Jim Edmonds be in the Hall of Fame?

Should Jim Edmonds be in the Hall of Fame?

0 #2 Darryl Tahirali 2016-07-21 00:38
Classic threshold candidate. My thumb was ultimately down, but if he gets in, I won't complain. Did not deserve to be one-and-done .
Quote
+1 #1 Darrell Price 2015-01-08 00:40
Mike Piazza Should get in As a Dodger
Tim Edmonds should get in as a Cardinal
Jeff Bagwell should get in as an Astro
V.C. should vote in Gill Hodges
Pete Rose should get an automatic to the HOF
Bonds Clemons Sosa should never be allowed in
before Hodges Rose Joe jackson
Quote
Refresh comments list
RSS feed for comments to this post