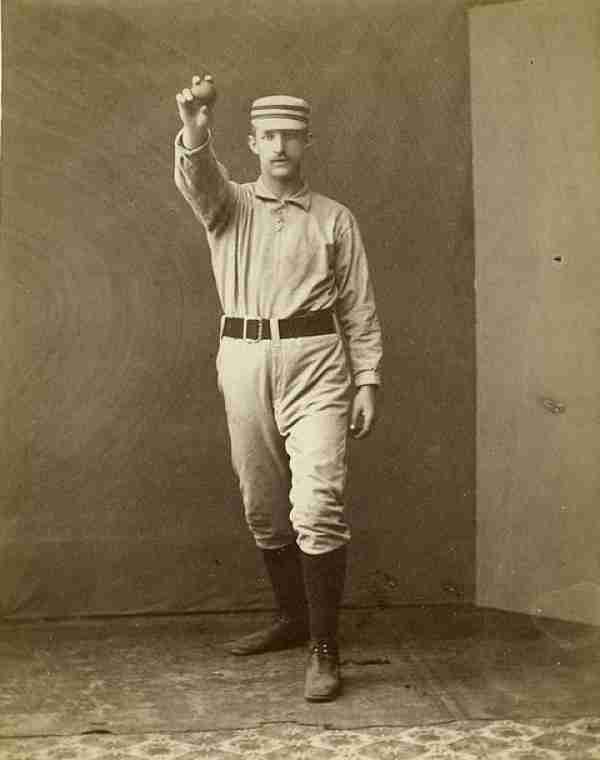 As much as we keep studying Baseball, we can’t help but be amazed by the staggering amount of innings pitched by the pre 1900 hurlers. Would they look at us with a puzzled look if we went back in time and suggested a “pitch count”?


One of those Pitchers we speak of is Charlie Buffinton, who first became a workhorse for the Boston Beaneaters. Throughout his career, Buffinton relied on a particularly effective sinkerball and would fan 1,700 batters and win 233 games. He also finished with a career WAR of 56.1 which is another impressive career tally. Buffinton retired mid-season in 1892 at the age of 31, when he was asked to take a pay cut. Although he was having the worst season of his career (and the following season would have the mound pushed back ten feet), it is conceivable that Buffinton would have continued to add to his statistics that would have made him a Hall of Famer. As it stands now, he is one of many who are enjoying a renewed look at his career, and way back in a long line for a Veteran’s Committee to look at.

Should Charlie Buffington be in the Hall of Fame?

Should Charlie Buffington be in the Hall of Fame?